Information to be announced soon.

The purpose of the present study was to design a flight control system with no pre-determined mathematical model, but instead using a genetic algorithm to maintain the optimal altitude. The study is done through a quantitative empirical research method. Five phases of the genetic algorithm were used to test the one DOF device. An initial population of 100 chromosomes was used during the trial. The throttle value of the device had an associated gene value of 1 second. When the trial of five generations was completed, the total increase percentage was 171 percent. The results showed that testing a one DOF device, in real-time, is possible with no pre-determined mathematical model.

Step 1 – Learn Neural Networks and how they work. 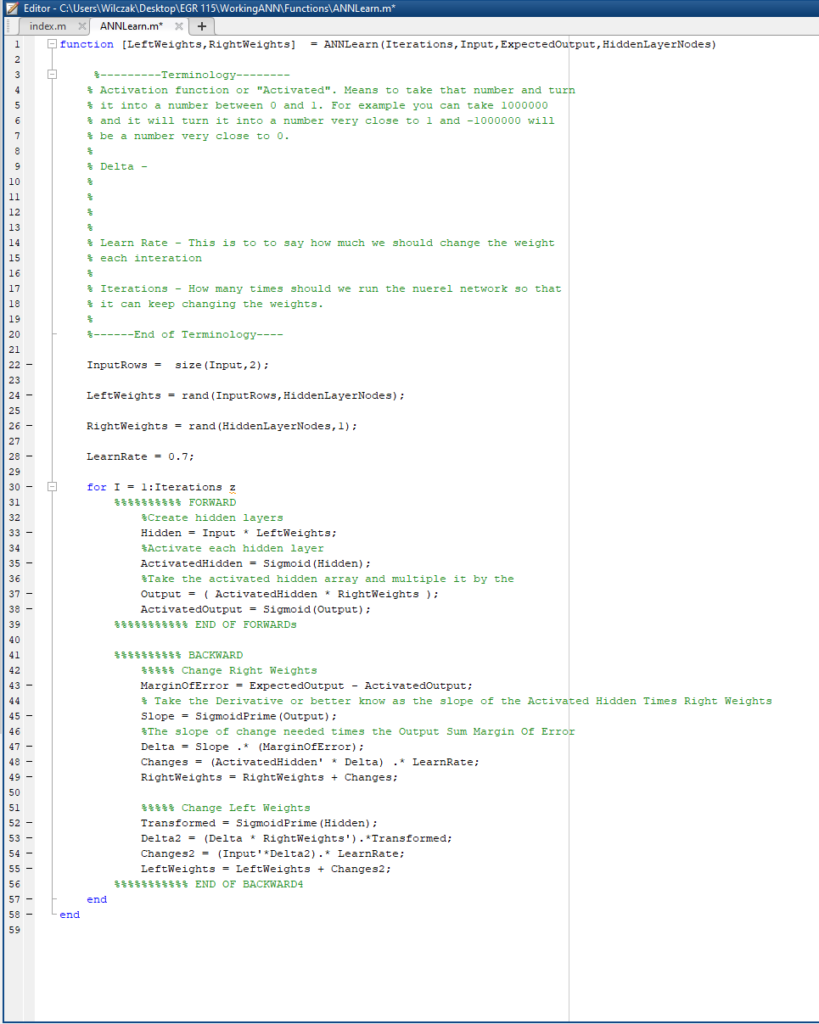 My first version to learn was taken from Steve Millers tutorial. It was great but i had to translate it from JavaScript into Matlab. My code isn’t perfect but for anyone wanting to mess around with a working model, its great.